One Moment That Changed Six Lives

When Nyrie Palmer-Simpson heard, then saw, a convoy of emergency vehicles race past her in the NSW town of Bowral in 2013, her heart sank. She knew the sirens signaled either a car crash or a bushfire. She also knew there were no bushfires in the region.

What she didn’t know was that just a few kilometres away, her 18-year-old daughter had been pushed off the road in a head on collision. Chloe had been on the way to collect Nyrie from the local pool where they both taught children to swim. Now she was trapped, driver-side down in her car, with severe brain damage, internal and external injuries, fighting for her life. It was a fight that was to consume the next four months, re-shape her future and dramatically alter the lives of her parents, her grandparents and her two siblings.

But it was a fight worth taking on, thanks to the expertise of medical staff at St George Hospital and their cutting edge research which is funded by people like you through the St George and Sutherland Medical Research Foundation (SSMRF).

The Foundation needs your support now to help us fund the next vital round of brain injury research, to help saves lives like Chloe’s. Please click here to donate today.

We need you and other generous donors like you to help us raise $130,000. Your contribution will lead to the discovery and trial of procedures that are helping Chloe and others like her survive.

A Family That Had Everything

Until that day in early February 2012, life for the Palmer-Simpsons couldn’t have been better. “Our family had everything,” said Nyrie. “Nathan (Nyrie’s husband and father of Chloe, Dominque and Brendan) and I were both successful. He’d left his job to look after the kids while my business took off. We regularly travelled together as a family, we were very close.”

The Palmer-Simpsons had just returned from nine weeks in Europe, Chloe with her prize possession, a fashion watch she’d negotiated hard with her parents to acquire.

“We had plans. Nathan was going to get a fulltime job; I’d continue with my business; Chloe was starting university and she had her heart set on trialing for the 2016 open water competition that would lead her towards the 2020 Olympic swimming team. Our two littlies – Brendan was 11 and Dominque 12 – were at private school. Everything was perfect.”

Until two weeks later when their entire world was shattered.

It was February 8 when that convoy of emergency vehicles raced past Nyrie. She’d been waiting at the pool gates for Chloe to collect her for the past 15 minutes. “I had what can only be described as a mothers’ intuition. Having seen those sirens and knowing she was late – Chloe is never late – my heart was sinking with every lapsing moment,” said Nyrie.

She called her husband who went out in search of the accident. “When he rang me back, and told me it was Chloe, it was like I was stuck in time, stuck to the spot. I just slid down the pool fence towards the baby pool. I remember feeling as cold as ice, and shaking violently. I had no one with me, I felt so alone.”

Nyrie didn’t get to see Chloe before she was taken into surgery. She didn’t get to see her daughter until two the following morning. But she and her husband took one phone call after another from surgeons, asking permission to try yet another procedure that could potentially save their daughter’s life.

“It was a torturous night in that waiting room at St George Hospital. At one stage a bag of Chloe’s belongings was brought out – a very simple brown paper bag. It contained her ring, just one shoe, and her watch – the watch she’d battled so hard with us for when we were in Europe. There was not one scratch on it – and so it became my symbol of hope… It sounds strange but I felt if the watch had survived, perhaps Chloe would survive as well… to cling to hope at a time like that is really important.”

However, it was a new intervention being investigated by doctors that gave Nyrie and Nathan even more hope that Chloe would pull through.

“Chloe was in intensive care when we were approached by a member of the team, Dr Manoj Saxena, who was undertaking research. They wanted permission to enter Chloe into a study on traumatic brain injury. Because of her age and her level of injuries, she was a prime candidate.”

Quite simply, the study aimed to determine whether paracetemol was effective in lowering brain temperature, and reducing swelling, after traumatic injury to the brain. Typically, surgeons and researchers say, it’s hard to get consent in these situations because the family of the patient have so much to cope with at the time. Ordinary families – like your own – are integral to enabling research like this to take place. For Nyrie and Nathan the decision was easy.

“As a family, we’d had discussions that a lot of kids probably don’t have with their parents about death and what we wanted done with our organs if we were to die. I just knew she would want to be part of a research effort that would help others in years ahead. I had absolute certainty and so I said to the researcher, if it wasn’t going to harm Chloe, they could go ahead.”

Chloe spent almost three months in hospital – six months less than predicted – such was her determination to recover and her body and brain’s ability to repair. Forty-six of those days she remembers nothing at all, having suffered post-traumatic amnesia. She went on to spend months of rehabilitation before she could finally move home permanently.

A New Chance at Life

These days, Chloe’s life has altered dramatically from her intended path. However, she is attending university and back in the pool teaching swimming.

In 2013, Chloe with her father, completed the Kokoda Track, a grueling 96km trek by any person’s standards. For her, it was absolutely excruciating. Yet Chloe’s determination shone through and in completing the trek, she helped raise much needed funds to support ongoing research at SSMRF – the very research that helped save her own life.

St George and Sutherland Medical Research Foundation needs to raise funds right now to continue this vital research into brain injury. You can make a difference by donating today.

Life for Chloe’s family has also changed. Last year they made the decision to move away from their hometown of Bargo to a smaller village in NSW where they live together with Nyrie’s mother.

Chloe’s siblings have settled into a new school, made new friends and are coming to terms with their ‘new’ sister who they now recognise will never be the same girl she once was. Always a close family, they’ve become stronger, more compassionate and closer to each other as a result of their shared journey.

Learnings Along the Way

Nyrie said over the past three years she has grown as a person, become stronger and learnt a great deal.

“Goals have always been important to me. But through this experience, what I’ve learnt is that sometimes those goals change … the goalposts shift. Our journey with Chloe has been traumatic. I know now that however the goalposts shift in the future, I’ll find my way through.”

Your Support Will Save Lives

Something else Nyrie has learned is that support for medical research is critical. “Ongoing research is so important – even five years ago treatments wouldn’t have been available to save Chloe; she wouldn’t have made it. It’s also important to have conversations with your family, about how they want their organs to be treated and whether they support the idea of participating in research, because at the end of the day, it’s research funded by organisations like the St George and Sutherland Medical Research Foundation that saves lives.”

“It’s thanks to that research that I have my girl… even though she’s never going to be quite the same Chloe, I still have her.”

The St George and Sutherland Medical Research Foundation must raise $130,000 before 30 June 2015 to fund the next stage of its research. Your donation today will save the lives of people like Chloe in your community.

Your tax deductible donation will make a difference.

•Each year more than 3,100 people are moderately to critically injured in NSW and admitted to a NSW Trauma Service.
• Males are 2.5 times more likely to be injured than females
• Females have a higher fatality rate (14.3%) than males (11.8%)
• 67.3% of major trauma patients sustained an injury to the head and neck region.
• 77.5% of major trauma patients sustained serious injury to only one body region

Donate Today and You Will Save Lives

The St George & Sutherland Medical Research Foundation supports a variety of medical research that helps save lives in your local community.

Professor John Myburgh, AO, leads a team, including Dr Saxena, that produces world-leading research in the areas of brain trauma and child trauma. It’s thanks to this work that outcomes for trauma patients Australia-wide are among the best in the world.

With your support today Professor Myburgh and his team can continue to build on research that helped save Chloe’s life and could one day save the life of someone you love.

Your tax deductible donation will make a difference. Simply click here to make your donation. 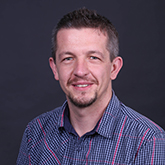