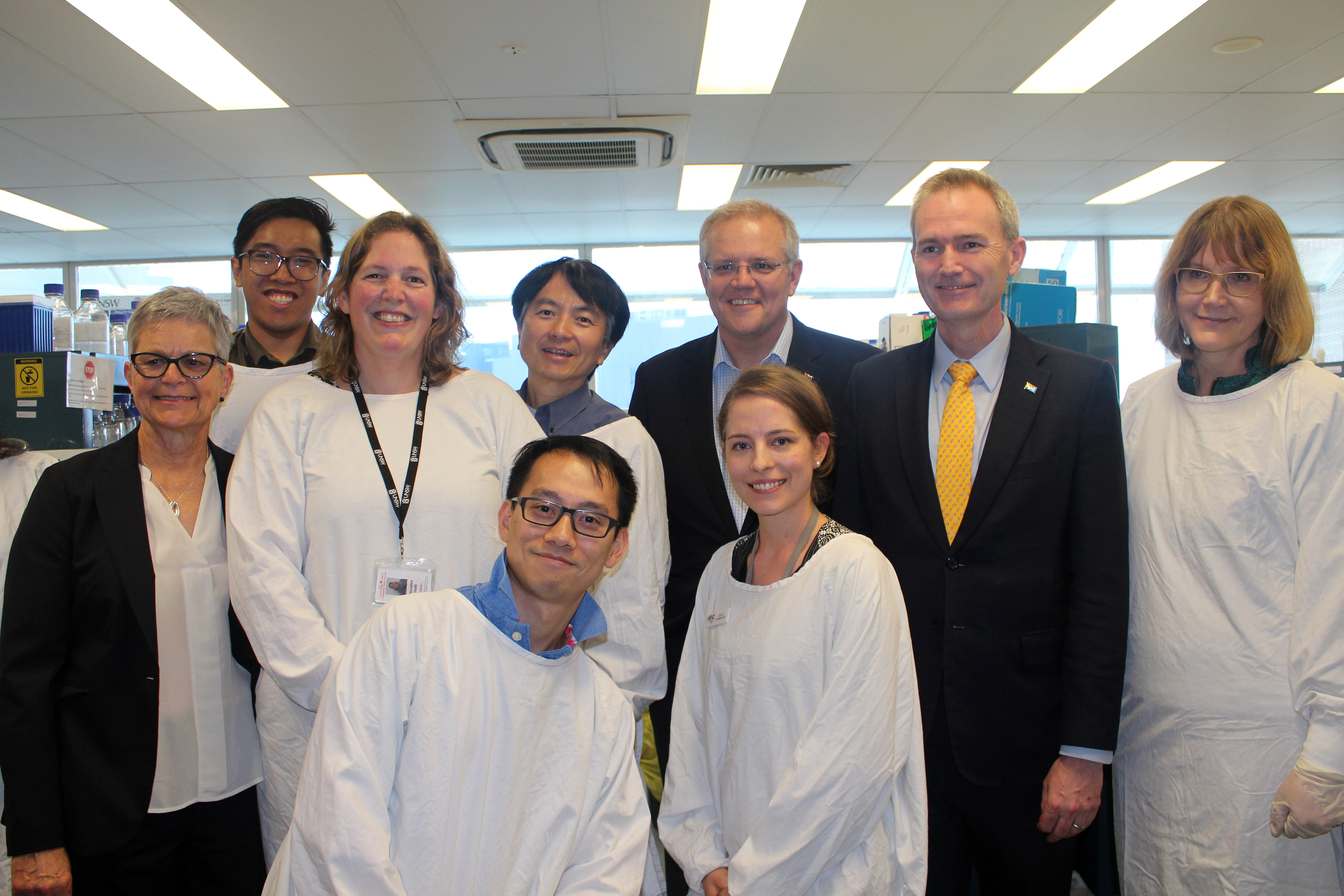 Earlier today the Prime Minister and Minister Coleman made a brief but highly significant visit to the Microbiome Research Centre (MRC) at St George Hospital, announcing he was “doubling down” and awarding an additional $4 million in funding to the St George & Sutherland Medical Research Foundation to fund stages two and three of the MRC.

Mr Morrison said that growth of a medical precinct based southern Sydney is attracting some of the leading scientists from around the country and will help to boost the local job market.

“What is happening in Australia is innovative, visionary and specialised. I never cease to be excited about the science community and how passionate they are.”

The MRC was established by the St George & Sutherland Medical Research Foundation (SSMRF) in 2017 following receipt of a Federal Grant of $4 million, these funds have been used to partly refurbish the MRC Laboratories, employ key research personnel and to award the first five inaugural MRC Research Grants.

Mr Morrison was joined at the MRC by The Hon. David Coleman, Minister for Immigration, Citizenship and Multicultural Affairs, Member for Banks, who congratulated the St George and Sutherland Medical Research Foundation for supporting local hospitals and Professor Emad El-Omar, UNSW’s Professor of Medicine at the St George and Sutherland Clinical School and the director of the MRC.

“To have a centre of excellence in southern Sydney where we are bringing together the best and brightest is really important – with this level of funding this is really starting to happen,” said Mr Coleman.

New funding will contribute to the MRC’s research into the ecosystem of specific bacteria, and how that can translate into effective treatments.

“We will lead international research collaborations into how microbiota play a unique role in both sickness and health, and how it can be harnessed to treat, prevent and cure complex diseases.” said Professor Emad El-Omar.

In addition, the funding will kick start a new iconic MRC Research program studying the Healthy Optimal Australian Microbiome (HOAM Study) and take the important Mothers and Babies study to the next phase.

CEO of SSMRF Jacquie Stratford spoke of the significant progress with the establishment of the Microbiome Research Centre “The MRC is very much a partnership between St George & Sutherland Medical Research Foundation, The University of NSW and the South Eastern Sydney Local Health District.  Working together in a collaborative and cohesive way we have achieved great things.”

‘International Day of Women and Girls in Science’